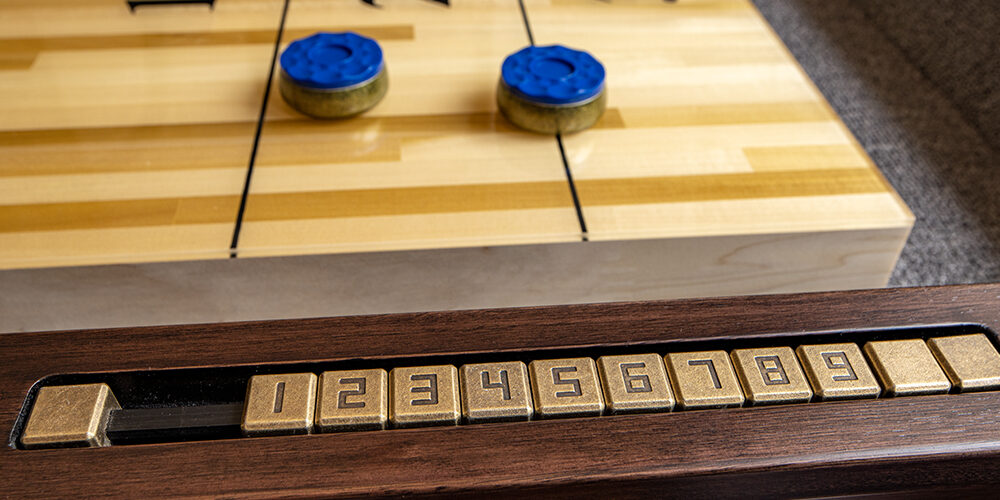 If you’re looking for an easy way to keep score while playing shuffleboard, look no further than the Abacus Scoring system. This simple and efficient scoring method takes the guesswork out of tallying up points and makes shuffleboard scoring a breeze.

In this article, we will give you a brief overview of how shuffleboard scoring works, as well as walk you through the steps necessary to use the Abacus Scoring system. Let’s get started!

Other Ways of Scoring Points

If a puck slides off of the shuffleboard table and hangs over the edge without falling into the gutter, that team scores four points (this is called a hanger).

If a puck slides off of the shuffleboard table and hangs over either side corner of the scoring end, that team scores five points.

Now that we’ve gone over the basics of shuffleboard scoring, let’s take a look at how to keep score using the Abacus Scoring system.

As we mentioned before, the shuffleboard Abacus Scoring system is a great way to keep track of points as you play. To use this system, you’ll need an abacus (most shuffleboard tables come equipped with one), and 11 beads. The beads consist of nine black or chrome beads and two other colored beads (typically red or blue to differentiate teams).

To begin scoring, all of the beads will need to be in the center of the rod. As you progress through scoring zones and add points to your score, you’ll slide over one black or chrome bead for each point you earn. You’ll continue sliding over black or chrome beads until you score 10 points.

Once you’ve scored 10 points, you’ll slide over one of the beads from the other side, signifying that you’ve scored a multiple of ten.

For example, if you score 14 points in one scoring zone, you would slide over one black bead, and then four beads from the other side. Once those 4 beads reach 10, slide over another 1 bead on the other side, and reset your black beads to the center again.

The first team to reach 21 points and have two more points than their opponent wins the game!

With the Abacus Scoring system, shuffleboard scoring is a breeze. So next time you’re looking for an easy and efficient way to keep score, give it a try!

Here at Presidential Billiards, we take pride in our handcrafted shuffleboards. made with only the highest quality solid oak and exotic hardwoods. We have a variety of finishes and styles to choose from so that you can find the perfect addition to your game room, den, or man cave.